I started Shake That Weight after a family bereavement, when my weight spiralled out of control. I knew I had gained a lot of weight but I just couldn’t admit to myself how much. I had been asked to sing at a wedding and when I watched the video back I couldn’t believe that it was me. I was in shock and something had to be done.

I decided that a shake diet was what I needed because it allowed for me to detox from all the bad foods that I was eating. I found Shake That Weight easy to follow and it really works! I made great friends with the others in the private Facebook group, which I found really helped motivate me to lose the weight.

I started by doing the TFRD for 2 weeks and then switched to VLCD with a healthy 400 calorie dinner. As time progressed, I re-educated myself about fitness and nutrition as I slowly cut out the shakes and started exercising more and more until I caught the workout bug. My physically health became better and my blood pressure returned too normal. I also gained much better mental health, feeling very proactive and most importantly, I was happier.

I lost 4 stone within 7-8 months and, I now feel like I can do anything. I would still like to lose a little more as I have caught the fitness bug!

Shake That Weight helped me start my new lifestyle and for that I am eternally grateful. I wouldn’t recommend meal replacements as a long term solution but certainly as a way to kick start weight loss.

I recently applied to the ballot of next year’s London marathon! Crazy! I couldn’t run for two minutes when I was bigger but now I feel I can take on the world. 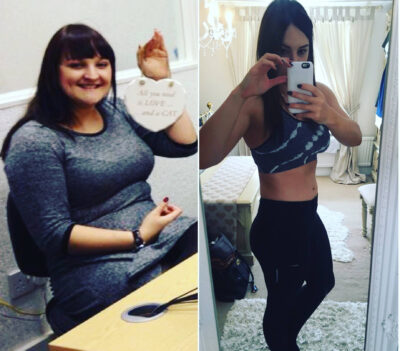 *Weight loss results are different for each individual and yours may vary.

We are proud to share some of the amazing journeys our customers have taken.

Lost One & Half stone

Lost One & Half stone

We accept all major payment methods, and our website is secured by encryption to help keep your purchases safe.

We use cookies on our website to give you the most relevant experience by remembering your preferences and repeat visits.
By clicking “Accept All”, you consent to the use of ALL the cookies. However, you may visit "Cookie Settings" to provide a controlled consent.